Lately, a report came from the Solana Twitter status that there is a Solana Hack. About 8000 wallets were hacked in the Solana Hack with about $ 8 million, which occurred early Tuesday morning, August 2nd, 2022. Solana is a high-functioning blockchain helping builders worldwide to create crypto apps that scale.

Solana coin is one of the best coins with a solid community, and it is now the latest target of crypto hacks as users say that money was stolen from wallets. 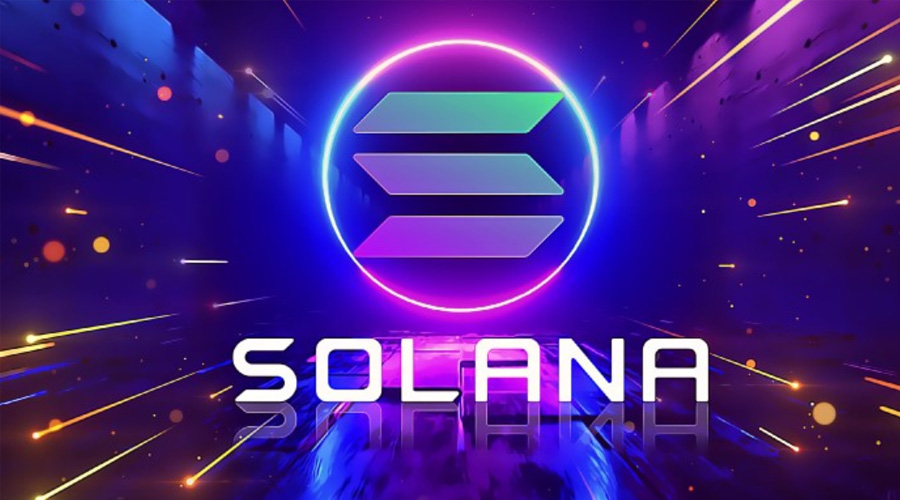 Unidentified hackers broke into thousands of hot wallets. These software-based crypto wallets entail an active connection to the internet and arrange for the transfer of all funds in these wallets to an unknown third party. Solana initially confirmed the Solana Hack in a Tuesday night tweet: Engineers from multiple ecosystems, with the help of many security firms, are investigating drained wallets on Solana. There is no evidence hardware wallets are affected. The total amount stolen reportedly in the Solana Hack is more than $5 million in SOL, SPL, and other tokens that live on the Solana blockchain. After the Solana Hack, they told users who were victims of creating another seed phrase and not using their already existing seed phrase for security purposes.

It was said that the hacker accessed the users’ wallets through their private keys.

The Solana Hack had affected about 8,000 wallets, the virtual equivalent of physical wallets where users store their cryptocurrency and the private keys that give them exclusive ownership of their assets.

The foundation said through the Solana Status Twitter account that Engineers are currently working with multiple security researchers and ecosystem teams to identify the root cause of the exploit, which is unknown now.

Solana’s sol token is one of the biggest cryptocurrencies after bitcoin and ether. It fell about 8% in the first two hours after the Solana Hack was initially detected, according to data from CoinMarketCap. It’s currently down about 1%, while trading volume is up nearly 105% in the last 24 hours.

Elliptic said that the problem was with the software used by specific wallets rather than the blockchain itself.

The digital register recording transactions that form the basis of crypto assets showed that a single hacker was involved in the Solana Hack.

RECOMMENDED: AvaTrade Review 2022 – Is AvaTrade a Good Broker For You

Even at all this, the Solana blockchain is highly proficient and stable and offers investors low transaction fees. These factors combine to give the coin an excellent long-term investment as far as cryptocurrency goes.

SOL is trading closer to its lows, potentially making it a good deal. The Solana Hack is still going on, and over 8,000 wallets have been compromised so far, according to blockchain auditors OtterSec. Many Solana addresses have been linked to the attack, with those wallets amassing at least $5 million worth of SOL, SPL Phantom, Slope, and TrustWallet. from unsuspecting users.

The Solana Hack will inevitably reignite a long-running debate around the security of hot wallets, which stay connected to the internet at all times to provide users a convenient way to send, store and receive crypto. Cold wallets and USB drives that must be plugged into a computer to sign transactions are heralded as a more secure, though less convenient, alternative.

Some users initially suspected the Solana Hack could be related to transactions on Magic Eden’s Solana-based non-fungible token (NFT) marketplace, though this link became less clear as the Solana Hack wore on. The marketplace warned users to revoke wallet permissions for suspicious links to avoid being attacked, and it also suggested users move everything to a cold wallet/ledger.

Several figures in the Web3 space are urging users to practice even more caution than usual. Heidi Chakos, a blockchain chick in Web3, is one of many Web3 community leaders telling users to transfer their funds to hardware wallets or cold storage before it’s too late. In a follow-up tweet, Chakos urged users to stay vigilant and avoid interacting with anyone claiming they have solutions to this latest Solana Hack.

Solana Hack started Tuesday evening when many users began reporting that assets held in the hot wallets that are internet-connected addresses, including Phantom, Slope, and Trust Wallet, had been emptied of funds.

Having read this news on the Solana hack, kindly share your view in the comment section below.

Eodvn is a website focused on helping investors and traders on the financial market through in-depth research on every information delivered on the platform, helping guide readers to maneuver the financial system, which has always been a very volatile industry.

We use cookies on our website to give you the most relevant experience by remembering your preferences and repeat visits. By clicking “Accept All”, you consent to the use of ALL the cookies. However, you may visit "Cookie Settings" to provide a controlled consent.
Cookie SettingsAccept All
Manage consent

This website uses cookies to improve your experience while you navigate through the website. Out of these, the cookies that are categorized as necessary are stored on your browser as they are essential for the working of basic functionalities of the website. We also use third-party cookies that help us analyze and understand how you use this website. These cookies will be stored in your browser only with your consent. You also have the option to opt-out of these cookies. But opting out of some of these cookies may affect your browsing experience.
Necessary Always Enabled
Necessary cookies are absolutely essential for the website to function properly. These cookies ensure basic functionalities and security features of the website, anonymously.
Functional
Functional cookies help to perform certain functionalities like sharing the content of the website on social media platforms, collect feedbacks, and other third-party features.
Performance
Performance cookies are used to understand and analyze the key performance indexes of the website which helps in delivering a better user experience for the visitors.
Analytics
Analytical cookies are used to understand how visitors interact with the website. These cookies help provide information on metrics the number of visitors, bounce rate, traffic source, etc.
Advertisement
Advertisement cookies are used to provide visitors with relevant ads and marketing campaigns. These cookies track visitors across websites and collect information to provide customized ads.
Others
Other uncategorized cookies are those that are being analyzed and have not been classified into a category as yet.
SAVE & ACCEPT